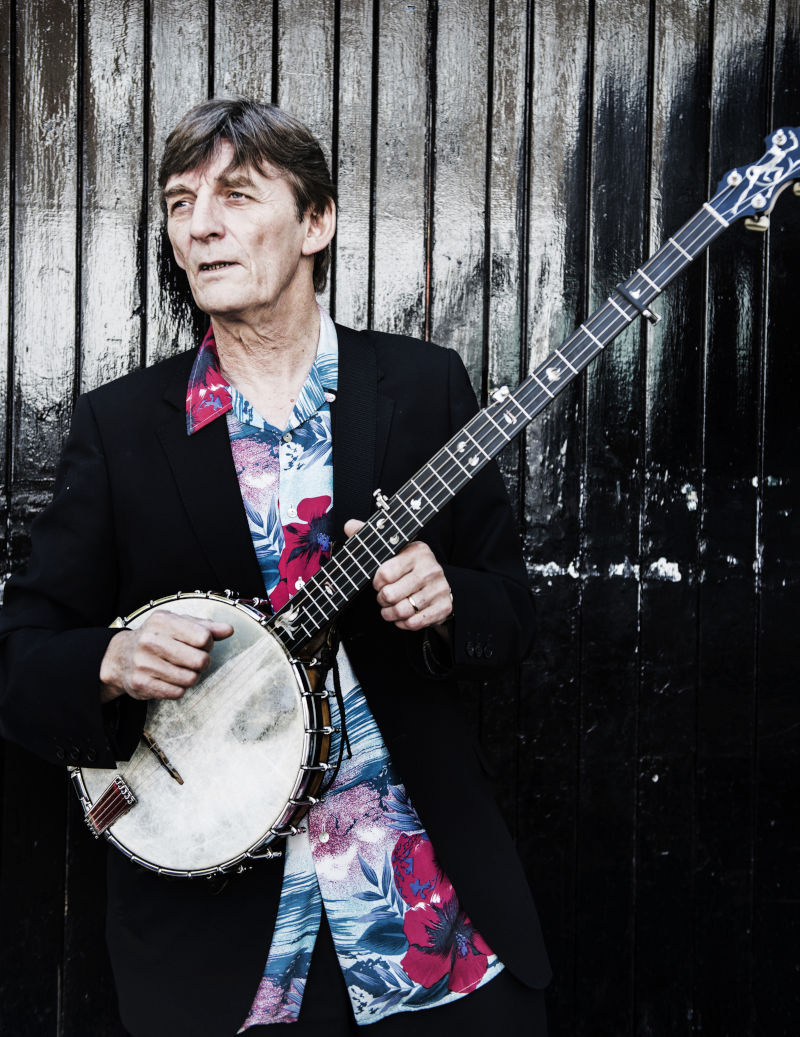 Download high res press photo
Pete has been a professional musician since 1971, playing at festivals concerts, clubs, dances & schools throughout Britain, Europe, Asia, New Zealand & USA . During the ‘70s he toured and recorded with Chris Coe, was a member of the legendary New Victory Band & with Nic Jones, Tony Rose and again, Chris Coe, he was a member of Bandoggs. In the late ‘80s and early ‘90s he toured and recorded with Red Shift but since 1985 he’s mainly worked as a soloist & earned an enviable reputation.

His strong, distinctive voice is enhanced by his instrumental versatility, the ringing strings of his bouzouki, the sweet chords of his mountain dulcimer, the plaintive frailing banjo & the pulsing reeds of his melodeon. He’s also a country dance caller, creator & band musician. He sings, plays & step dances, sometimes all at once!

Pete and Sue Coe were among five people in 2016 who were recipients of Gold Badge awards from the English Folk Dance and Song Society (EFDSS). Gold Badges are given for unique or outstanding contributions to folk music, dance or song, distinguished service to EFDSS and/or exceptional contributions to EFDSS’ work, MORE…

What people have said about Pete Coe

“There’s a very good reason why Pete Coe’s career has been such a long and successful one: this is a man who never rests on his laurels and who is constantly looking for new angles from which to approach his music. In addition he’s an extremely competent singer, musician, arranger, step dancer and a stage performer of rare ability…”
John Waltham, Living Tradition.

“One of the most important folk artists in Britain”
MOJO

“it may be easier and quicker to list the talents that Pete Coe doesn’t have.”
Andy Kershaw, BBC World

“Pete Coe in many ways represents the backbone of the modern folk revival. A fine solo performer and an energetic activist for the scene as well, founding Ryburn 3 Step, running folk clubs, dances and workshops in Ripponden and beyond while also teaching music and dancing in schools. He’s still one of the most committed, most versatile, most important folk artists in Britain.”
Colin Irwin MOJO